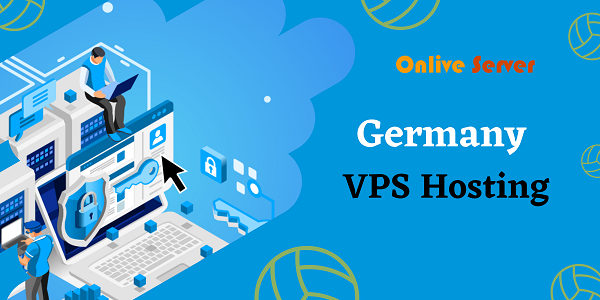 Using VPS servers is the new trend which is both useful and smart move in today’s times. And along with it using offshore VPS is the most perfect choice. Keeping up with both these points Germany VPS is being considered as one of the finest offshore locations for VPS. Now various hosting providers are providing KVM Virtualization while others are going for OpenVZ Virtualization.

But before deciding between the two – we should first of all be aware of Virtualization.

So what is virtualization and how it is related to Germany VPS?

See everything on the internet is data that is stored in physical data storage devices. Each hosting provider has it’s separate data centers where huge blocks of data storage devices always remain online. Now there are different types of hardware specifications and resources which are utilized for setting up those servers and providing services. But since collectively these machines are providing services but individually and here comes virtualization. Virtualization technology enables dividing up of the physical hardware resources by virtually Germany VPS setting up hardware specifications in the form of software. Thus a user who wants 4 GB RAM for his server can get that from let’s say machine A and at the same, another user can opt for 8 GB RAM from the same machine A.

Now there are mainly two types of Virtualization technology are used in Germany VPS servers. The first one is KVM and the second one is OpenVZ.

KVM is open source kernel-based virtualization software that allows Windows and Linux virtual machines to use the same hardware at the same time with any difficulties to the user. Each user will get specialized virtualized hardware like its own kernel, processor, graphic adapter, and more thus enabling zero interference due to other user’s specifications.

OpenVZ, on the other hand, is container-based virtualization software where the kernel is shared but kept in isolated parts thus enabling each part to be booted separately. It is preferably used by customers who have a shortage of memory.

Now the major differences which affect the choices – KVM uses extra memory due to its specialized kernel while OpenVZ uses shared kernel thus enabling low memory use. KVM allows custom OS installation in servers due to the separation of the kernel while this facility is not given in OpenVZ. But OpenVZ provides better performance because there is no need for extra virtualization and it uses less memory leading to faster performance. At the same time, KVM allows a good migration facility.

Now it all depends on the requirement of the user.

For users who are worried about their memory capacity, OpenVZ is the preferable choice, and to help you in deciding. The best Germany VPS hosting provider using OpenVZ virtualization we have selected one for you.

Rootnerds tells that they are a dedicated team of server admins and technicians who have a couple of decades worth of experience when combined. They have various awards and medals for giving top-notch services in VPS and shared hosting category. They opened the Germany VPS data center in 2010 which is established in the 1200 qm server area and uses green power only. Providing excellent connectivity speed of 80 Gbits per second they provide one of the fastest bandwidth among their competitors. Enabled with 3 stage surge protection they have been trusted by thousands of users for giving fast, secure, and reliable Germany VPS servers and SSD VPS Hosting. For IP connectivity they have two separate fiber pairs using CWDM technology for high scale bandwidth. They use modern Juniper routers who have been certified for state-of-the-art performance.

Their Germany VPS servers allow full root access for complete control over your resources with TUN/TAP possibility. They use the SolusVM control panel for easy and fast management of your server details and functionality. Using enterprise-class SATA drives they provide some really good plans for their users and if users want. They can also customize everything in plan from processor count to memory allocation in both storage and performance.

They have mainly 4 plans for Germany VPS. And the best ones for 8.99 Euros per month. It is called my VPS L where 2 GB of RAM, 10 GB HDD, 600 GB of traffic, 1  Core of 3.69 GHz plus 1 IPv4, and 1 IPv6 is included. And this comes with no setup fee and instant setup options. Keep in mind that all of their servers use OpenVZ virtualized for better and faster reliability and performance.

So if you want to have a good server on low memory use – use OpenVZ virtualization enabled Germany VPS server from Rootnerds.